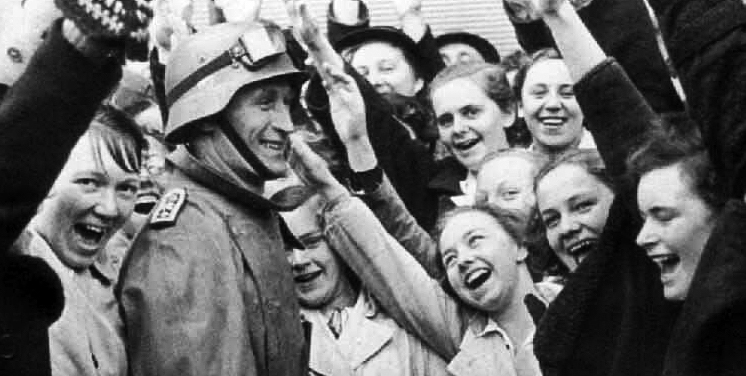 The Belgian city of Aalst held a parade featuring caricatures of Orthodox Jews and people dressed in Nazi SS uniforms. The mayor of Frankfurt, Germany warns that antisemitism in his country is growing. And the European Jewish Congress says antisemitism in Europe “knows no difference between left or right political creed, origin or religion.” Negative social mood is fueling antisemitism and other forms of exclusion in Europe, where the Euro Stoxx 50 index remains 33% off its high.

Meanwhile, fascination with Nazism continues. A new Amazon series, Hunters, concerns a band of Nazi hunters living in 1977 New York City. Its release follows the final season of Man in the High Castle, which considers what life would be like if the Nazis had won World War II. During its four-season run, the series was nominated for 53 awards.

To learn more about social mood’s effect on exclusion, read “Welcome to a Larger World with Fewer Friends: A Reversal in the 500-Year Trend Toward Globalization.”