Social Mood Lifts Trump to Ranks of “Most Admired” 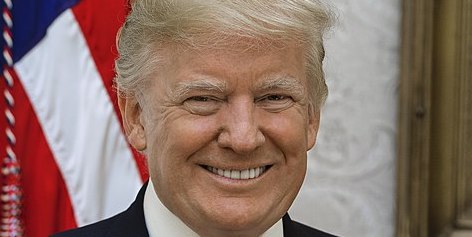 Each year since 1948, Gallup has asked Americans to name which man and woman in the world that they admire the most. In the most recent poll, President Trump tied Barack Obama for first place. The results are based on polling conducted in early December.

Trump’s 18% vote share in the poll is well ahead of the 14% he received in 2017. His Gallup approval rating at the end of the year was 45% — a significant increase compared to the 35% he received two years earlier.

Social mood regulates levels of optimism and pessimism, which are reflected in a society’s stock market. Positive mood is fueling optimism, and in December, the Dow Jones Industrial Average logged its 21st record close of the year. The S&P 500 logged its 34th record, and the Nasdaq crossed 9,000 for the first time in its history. Social mood also regulates decisions to like or dislike leaders, and Trump’s popularity has risen with U.S. markets.

The Wave Principle of Human Social Behavior says social mood is “governed independently and unconsciously by cooperating limbic systems.” Character, morality, policies and events are “meaningless to this portion of the brain,” which generates feeling and does not reason.