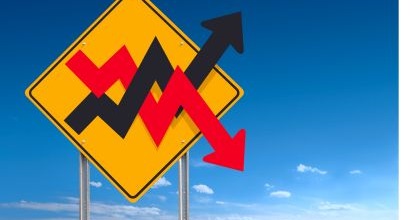 During the summer, Forbes pointed to dozens of headlines saying America was “heading into a recession.” Vox said economic predictions from economists were sounding “extra gloomy,” and Presidential candidate Elizabeth Warren said there were “serious warning signs” of an economic crash. MarketWatch also warned of “eerie parallels” between the stock market of 2019 and that of 2007, just before the start of the Great Recession.

On November 12, Yahoo! Finance said the recession worries that gripped Wall Street over the summer “have all but vanished.” It credited the recent stock market rally and the “return of an easy money Federal Reserve.” But the stock market’s performance and the actions of the Fed are not responsible for today’s optimism. They, along with optimism, are governed by social mood.

The Wave Principle of Human Social Behavior lists optimism as an expression of positive mood, which pushed the Dow and the Nasdaq to record closes in early November. As noted in the September 1999 issue of The Elliott Wave Theorist, social mood is “the engine that drives the stock market.”

Mood also drives the bond market, and research by socionomists over more than two decades shows that the Federal Reserve follows that market in setting interest rates.

To learn more about this relationship, read “The Fed Follows the Market Yet Again“.