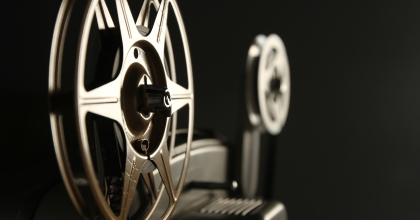 In Venice, the world’s oldest film festival closed with its top prize, the Golden Lion award, going to Joker. The Wrap says the Golden Lion has been a “pretty good indicator of Oscar potential over the last couple of years.”

Joker actor Joaquin Phoenix prepared for the role by reading a book on political assassinations and watching videos of people suffering from pathological laughter. He received a standing ovation at the Toronto Film Festival.

Slash Film calls Joker a “violent, nihilistic horror film” and the “the truly subversive comic book movie we’ve been waiting for. Now that it’s here, we might start to regret the monster we’ve conjured up.” The film opens in the U.S. on October 4.

Meanwhile, Vulture notes that the horror genre has produced a “steady parade of outstanding studio films” and proclaims, “We’re in the boom times!” One recent example is It: Chapter 2, which had the second-largest horror opening of all time.

Socionomists have identified a relationship between film offerings and social mood. The underlying current of edgier films seems to be waiting in the wings to overtake more upbeat movies when mood shifts to negative.

Learn more about this relationship by reading, “Film Fur and Fright — A Mixed Bag for a Mixed Mood”.