In the Mood to Include 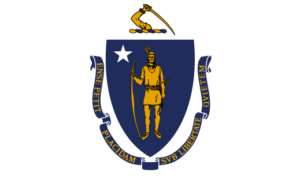 Positive social mood continues to fuel expressions of inclusion in the U.S. and beyond.

Officials in Cambridge, Massachusetts want to change the state flag, which features an image of an American Indian under a flexed arm holding a sword. Cambridge City Councilor Quinton Zondervan said the flag is “offensive to Native Americans” and is “not how [they] want to be represented.”

In New York City, officials are considering a proposal to designate six LGBTQ sites as landmarks. The proposal coincides with the 50th anniversary of the June 1969 Stonewall uprising, which helped launch the gay rights movement in the U.S. A spokesman for the city’s LGBT Historic Sites Project said the landmarks are a reminder that “LGBT history is just as important as other history.”

And in Chile, where the Santiago Stock Exchange is up 138% since 2008, officials have opened what is believed to be the first school in the world predominantly for transgender children and their siblings. The school is named after Amaranta Regalado, a Mexican transgender politician.

Discover more about social mood and the desire to “include”: “Positive Social Mood Drives Manifestations of Inclusion in U.S.”