By Alan Hall | Excerpted from the March 2019 Socionomist

As controversy over Brexit heats up, several media outlets have noted similarities between Britain’s current departure and its decision to withdraw from India 72 years ago. What’s behind this historical rhyme? In short, social mood.

In the March 2019 Socionomist, Alan Hall reveals that similar trends in social mood preceded Britain’s exits from India and the EU. See the chart pattern for yourself in this excerpt of Hall’s article.

Time and again, similar waves of social mood impel similar social expressions, a dynamic that creates the well-known adage, “History doesn’t repeat, but it often rhymes.” In this article, we explore one timely rhyme. 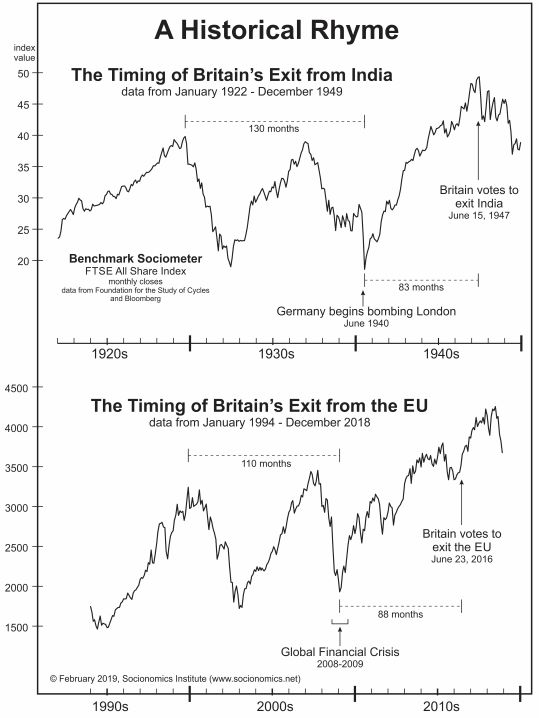 We decided to chart the timing of these two events. Figure 1 plots monthly closes for the FTSE All Share Index from the 1920s–1940s and the 1990s–2010s. Note the strong similarity between the two chart patterns and the timings of Britain’s decisions to exit India and the EU. …