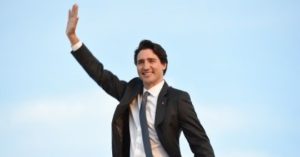 Canadian Prime Minister Justin Trudeau’s government is facing serious allegations of corruption in the prosecution of a Montreal-based engineering firm called SNC Lavalin. Canada’s former attorney general testified that she experienced a “consistent and sustained effort … to seek to politically interfere in the exercise of prosecutorial discretion.” Two top cabinet members have resigned and calls for Trudeau’s resignation are surging.

Learn how changes in social mood, as reflected by the trend in the stock market, can propel public figures from acclaim to ignominy — and vice-versa, from abhorrence to adoration.