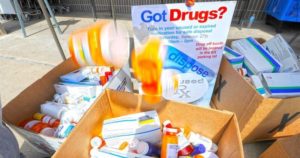 The CDC calls it an epidemic of massive proportions. At a campaign rally in early March, President Donald Trump said that any plan to combat the surging opioid crisis should allow federal prosecutors to seek the death penalty for drug traffickers. The proposal echoes Philippine President Duterte’s anti-drug campaign, which has resulted in the deaths of between 5,000 and 20,000 suspected offenders. Yet, at the same time, the latest Congressional budget proposal includes provisions to continue to shield legal medical marijuana businesses and their patients from federal interference.

Here’s what you can expect when mood turns more negative