A Small Step (On The Gas Pedal) 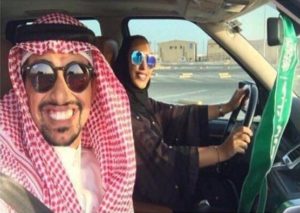 Saudi Arabia has cleared the way for women to get behind the wheel. The kingdom has abolished a longstanding policy that prohibited women from driving. In a country where gender roles are strictly enforced, the kingdom has the largest gender imbalance in labor force participation among G20 countries. The policy change brings to mind Susan B. Anthony’s quip that bicycling “has done more to emancipate women than anything else in the world.”

The decree will become legally binding in June 2018, and one female Saudi television presenter has already called the achievement “one step closer to being a full citizen.”

With Saudi stocks three years into a bear market, the timing of the move is socionomically interesting. Robert Prechter noted in The Elliott Wave Theorist that female power waxes in periods of negative social mood.