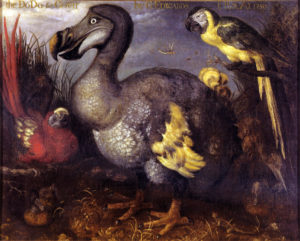 “Earth’s sixth mass extinction event under way.” So said a recent Guardian headline, in reference to a study published in the Proceedings of the National Academy of Sciences. It describes a “biological annihilation” with up to 50% of all individual animals on earth lost to extinction over the past few decades. Habitat destruction, climate change and pollution have wiped out “billions of populations of mammals, birds, reptiles and amphibians.”