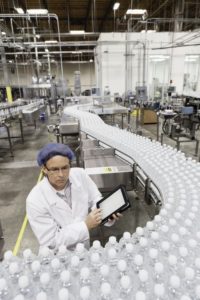 The U.S. trade deficit fell 9.6 percent in February. Good news, right? If you believe that a rising trade deficit is bad for the economy, you’re not alone. Economists and politicians likewise fret about trade deficits. In fact, President Trump recently signed executive orders for a large-scale review of the issue.

The question, put simply, is: What effect does the trade deficit have on the economy?

Over the past 40 years, the trade deficit, the stock market, and the larger economy have tended to move in the same direction. Here’s an excerpt from Chapter 2 of The Socionomic Theory of Finance:

Claim #4: An expanding trade deficit is bad for a nation’s economy and therefore bearish for stock prices.”

Over the past four decades, hundreds of articles have quoted economists’ expressions of worry whenever the U.S. trade deficit expands and expressions of relief when it contracts. All their assessments were wrong, sometimes remarkably so. Here are just a few examples, with the context added in brackets …

The Socionomic Theory of Finance is a 13-year-long effort by Robert Prechter that offers a refreshing contrast to the dismal science of economics.