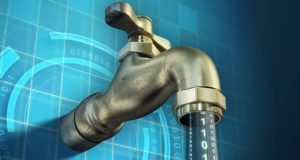 WikiLeaks has once again ignited a debate over government overreach. The notorious nonprofit made the news headlines this week by releasing a cache of documents that claim to reveal hacking tools and classified materials developed by the CIA. The volume of information may eclipse such groundbreaking leaks of Chelsea Manning and Edward Snowden — the initial leak is only part one of a series. Julian Assange, founder and editor of WikiLeaks, has even offered to assist major technology companies to develop fixes.

In a May 2010 report, the Socionomics Institute predicted that WikiLeaks would soon become a lightning rod of conflict.

Now is your chance to catch up