The Socionomic Theory of Finance 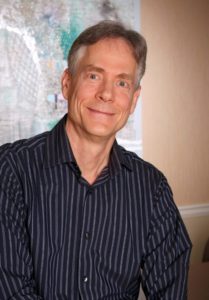 Part I of this book dispenses with the ideas of exogenous cause and rational reaction in financial pricing. Parts II through V introduce socionomic theory and explain the fundamentals of STF. Parts VI through VIII expand the scope of the discussion. When pertinent, headers provide original composition dates for contributors’ chapters previously published elsewhere. I have edited them to fit smoothly into this book.

Quotations from news articles are excerpted and sometimes re-arranged for conciseness; ellipses are sometimes omitted for ease of reading. Parts of quoted publications are underlined or italicized for emphasis. All sources are cited if you want to access the originals.

With deepest gratitude, I would like to acknowledge Wayne Parker, Kenneth Olson, Alan Hall, Mark Galasiewski, Brian Whitmer, Wayne Gorman, Chuck Thompson, John Nofsinger, Euan Wilson and Dave Allman for their contributions to this book. Special thanks go to Matt Lampert for his contribution and for playing economists’ advocate, prompting an expansion of Chapter 12, and to Mark Almand for his contribution, editing suggestions and the initial idea for Chapter 39. Thanks also to Angela Hall for charts and production, Sally Webb for production and layout, Ohki Komoto for the rear flap photo and Pam Greenwood for collaborating on the dust jacket design. My co-authors and I are deeply indebted to the valiant souls who have stepped forward publicly to endorse this effort. Without their courageous support, the book may not be afforded the opportunity to find an audience.

Work on this book began in 2003. Early versions of many chapters appeared in my monthly publication, The Elliott Wave Theorist. Writing was completed by the end of 2015. Some chapters written for the book were subsequently published to subscribers. Updating the 240 charts, figures and tables, creating the endnotes, confirming internal and external references and editing the text lasted throughout the first quarter of 2016. During that time, Chapter 22 was expanded to reflect Q1 2016 data, and three new references were added. The layout, indexes, chart normalization and production processes lasted through Q2, after which I inserted a late note into Chapter 18. In Q3, we sent the book to academics and professionals for pre-publication comments, designed the jacket and made final tweaks. It is scheduled to go to the printer in early November. Two more books—on socionomic causality in culture and politics—are in the works for publication in early 2017.

If you are short on time and wish to access only the key nuggets of material, I suggest Chapters 1, 2, 6, 8, 12, 13, 14, 17, 19, 22 and 23. These are only one fourth of the chapters, constituting three eighths of the text, but they will give you a solid grounding in how the socionomic theory of finance differs from conventional views. Be sure also to read our upcoming book, Socionomic Causality in Politics (2017), which dispenses with the ubiquitous notion that politics are a major determinant of financial prices, replacing that notion with socionomic causality.

Socionomics is not a dismal science. It is fresh, fun, fascinating, informative, exhilarating and inspiring.

I tried to make this book a good read, so I hope you will take your time and read Parts I-V straight through. There is a lot to absorb, though, so you might want to limit yourself to a chapter or two at a time.

What you have here is the best that I can do. I welcome critiques that may lead me to amend any errors I or my co-authors have committed. If you wish to communicate, please write to institute@socionomics.net.

“Socionomic theory is fresh and original. Whatever the ultimate verdict, a revolutionary new perspective and a basis for prediction are just what the social sciences presently need.”—H. Eugene Stanley, University Professor (Physics), Boston University; member National Academy of Sciences; a founding father of econophysics

“A fascinating synthesis of social science research and sharp economic analysis. Prechter invites readers to think in (unexpected) ways that require some effort that is well rewarded. Anyone who contemplates our financial future should read and try to absorb the case put forth in this book.”—Werner De Bondt, Professor of Finance; Founding Director of the Richard H. Driehaus Center for Behavioral Finance, DePaul University; co-founder of behavioral finance

“This brilliant and vividly written book dispels countless myths and lays the foundation of a scientific theory of financial and macroeconomic causality. By reading it you will understand how socionomics works and why its aspects of testability, falsifiability and predictive ability set it apart from other theories. The book goes far beyond theory, boldly providing counter-intuitive yet logically coherent explanations of real-world market activ­ity and social trends, thereby providing a guide for interpreting history and even for anticipating it. You will likely find this book hard to put down, and I expect you will come back to it again and again, such is the wealth of insights found at every turn.”—Sacha Sardo-Infirri, Ph.D (Mathematics), University of Oxford; Rhodes Scholar; Senior Quantitative Researcher, The Prediction Company

“This superb book should have a major impact on financial and economic theory. It is ­essential reading for anyone who wants to understand the real basis of financial markets.”
—Kenneth Olson, Ph.D (Clinical Psychology), Professor Emeritus, Fort Hays State University

“This book thoughtfully and exhaustively challenges the flawed logic behind conventional thinking as espoused by economists and financial experts every day. Point by point, it discredits their arguments on market causality and offers a compelling alter­native. Academics and investment professionals would be wise to consider the extraordinary road map that STF lays out for them.”—Peter Atwater, President, Financial Insyghts; Adjunct Professor, University of Delaware

“It may be a cliché, but I could not put this book down. Prechter’s flowing style and easy ­language make this a spellbinding book. The more you read the tighter it grips you, a bit like a spy novel. He challenges the long held beliefs of the efficient markets hypo­thesis and random walk, but rather than simply dismissing them with sweeping statements, he provides hard evidence of their worthlessness, then replaces them with the refreshing new theory of STF. Prechter argues his case with enthralling examples and compelling logic, making it difficult to disagree with. No single paragraph can do justice to this book. Start on page 1 and find out for yourself what it is all about. ”—Jeremy du Plessis, CMT; financial author; Fellow of Society of Technical Analysts (UK)

What drove the recent bidding wars at art auctions? ...more