Alan Hall is a senior analyst for The Socionomist and author of numerous seminal socionomic studies. His research has covered a wide swath of human behavior, from authoritarianism to disease to education trends to eugenics. Alan touched on many of these topics in his presentation at the 6th Annual Social Mood Conference on April 9, 2016, in Atlanta.

Before the conference, he spoke with us about how a study in The Socionomist comes to fruition – from the initial idea to the article’s eventual publication in the monthly magazine. Alan also shared some thoughts on how Donald Trump fits into the authoritarian narrative and offered a sneak peek into his upcoming Social Mood Conference presentation.

Socionomics Institute: Outbreak of diseases, religion, mass extinction — You’ve studied some pretty heavy-hitting subjects over the years. I know quite a lot of research goes into publishing a study in The Socionomist. How do you go about figuring out what you’re going to write about when you’re looking at a given correlation?

Alan Hall: Bob Prechter has written about many of the topics I explore, and his work is a great launch pad of ideas and directions for further exploration. One of the ways I choose a topic is if I see society expressing a bunch of confusion about something that socionomics can explain, or at least shed some light on. Other topics I dig into just because they’re interesting or because new data sources pop up. The more data we have, the better we can see if social mood is actually driving the changes. The influence of social mood is most evident in aggregate social behavior. That means it’s most evident in the trunk of the tree and less so out in the branches. Whenever you can track aggregate behavior, then almost everywhere you look there’s an interesting connection with social mood, because social mood has such a strong influence on social behavior.

SI: I know you’ve presented a lot of these studies and research at some pretty big conferences over the years. How do you go about taking these big, intricate ideas that can often take you years to even come together for a study and condense them into something that is understandable and digestible in 45 minutes, or even sometimes less?

AH: Well, I’m not a great speaker or trained speaker by any means. What I have to do is try to make up for it with compelling content. I try to lay out evidence that’s strong and easily understandable. There are a lot of academic speakers that I’ve seen that lay out the evidence — “We found this, we found that, so we conclude…” — et cetera, et cetera. The better ones tell stories, because stories are how humans have exchanged information for millennia, so our brains have evolved to receive information in this way. A story is a powerful tool to help in understanding. The other thing that’s fun and sometimes helpful is to create a memorable moment. Bob Prechter has this great story about this speaker that he saw. The guy wrapped up his presentation by saying, “Now I’ve told you a lot of things here today, but here’s what you’re going to remember.” And he pulled out some soda straws and stuck two of them in his nose and two of them in his ears, and he went “blarghh.” That’s what Bob remembers. I probably wouldn’t stoop to that level, but I confess that I did fly to Miami in October 2014 during the height of the Ebola panic in the U.S. I walked up on stage at Harry Dent’s Irrational Economic Summit in a full hazmat suit. It really got their attention; it woke them up and set them up to pay attention to me.

SI: They probably didn’t want to go back on their flights the next day!

AH: Well maybe not, who knows.

SI: You presented your epidemics research to the National Defense University (NDU) at a conference last December. The conference is pretty prestigious and your presentation was met with some great reviews. What was it like presenting socionomic theory in that setting?

AH: It was intimidating. It was challenging. It was rewarding. It was a great honor to be down there on Buzzard Point right near the War College. It really helped too that everyone I met with was so nice. The Joint Medical Chair for Global Health at the NDU invited us to come, because he wanted to wrap up his conference with a ‘big picture’ socionomic view of global health. More than once, he told me, “These people have never heard anything like what you’re going to tell them. It’s going to blow them away.” He was great in terms of inspiring confidence, and that was really neat.  It was fun and satisfying to see these military doctors and global health professionals suddenly become interested in the link between social psychology and public health.

SI: Politics is dominating headlines in every newspaper you open and every television you turn on. I read an interesting article that you shared with an internal email list called “Authoritarians for Trump.” Authoritarianism in general is something you’ve studied to a great extent. Tell me about how Donald Trump fits into that narrative.

AH: Donald Trump in his own way is sort of an indicator of social mood. Our 2010 study — titled “The Wave Principle Governs Fear and the Social Desire to Submit” — found that negative social mood was correlated with an increase in authoritarianism. This article that you’re talking about was by a grad student that polled about 15,000 or 18,000 people across the United States. He asked them questions about their age, sex and religious beliefs, and questions that are proven indicators of authoritarianism. He found that authoritarianism was the best of those variables to predict whether a voter would support Trump or not. Most people think of authoritarianism as something a leader does when he’s trying to control his population — it’s a top-down thing. But it’s really not. It’s a bottom-up thing. It arises from within society, and it seems to be correlated with fear and the desire to submit to a strong leader. An electorate in the group of negative social mood — they feel threatened, they’re aggressive towards outsiders and they’re far more likely to vote for a candidate who promises to be a strong leader, or an authoritarian.

SI: And last question for you. Circling back around to the Social Mood Conference — two years ago, you released a drone from the stage. You’ve also mentioned that you showed up in a hazmat suit at another conference. What can we expect from you at this year’s event?

AH: Well I won’t be flying a drone again because that one crashed into my boss!  So we won’t do that again. Back in August 2009, Bob Prechter and I collaborated on a study in which we made a forecast for wealth inequality. We forecasted that it would continue to rise and that it would eventually peak and recede. Since then, several noted economists have written that they think wealth inequality has reached a plateau. I suspect that they’re wrong, and I suspect socionomic theory suggests that they’re wrong. I’m looking into data sets from deep history, as far back as the Roman Empire for social expressions related to wealth inequality or social instability that can reveal the trends of social mood back in time much further than we have stock data. As I do that and find these other expressions that are very interesting, I’m hoping to put together a really interesting study. I like it because it has historical depth and relevance, but it also has some real-time utility, because if wealth inequality is going to reverse, it’s going to affect a lot of people. It would be good to know that ahead of time.

SI: It sounds like it’s going to be a very insightful presentation.

AH: I look forward to giving it. 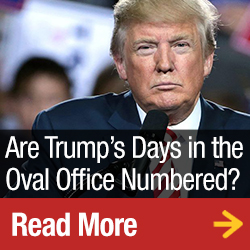 The University of Missouri is among 40 institutions using an app called SpotterEDU to track students ...more