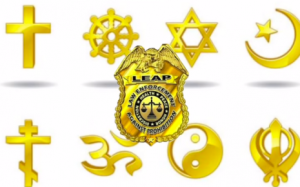 Over 600 Christian churches call for an end to the War on Drugs. The New England Conference of United Methodist Churches passed a resolution outlining the reasons to end drug prohibition. The group joins forces with the Maryland-based Law Enforcement Against Prohibition (LEAP) organization which says the drug war “has cost more than $1 trillion dollars, yielded no positive outcomes, and has ultimately diverted the penal system’s attention away from more important crimes.”