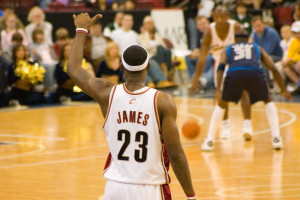 Game 2 of the 2015 NBA Finals scored a record 18.8 million viewers. In addition, this year’s finals are “the most-watched and highest-rated ever on ABC through the first two games,” according to Nielsen. By comparison, Michael Jordan’s last championship run in 1998 grabbed an average rating of 18.7, the highest for any NBA Final.

Basketball has a long history and is an intensely competitive enterprise. It is a field where performance is closely monitored and recorded. This examination of that history shows the dominant influence of social mood on an American sport.