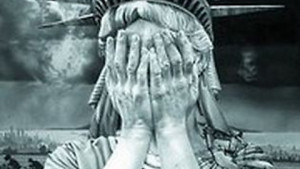 On May 5, The New York Times wrote, “At a moment when American lawmakers are reconsidering the broad surveillance powers assumed by the government after Sept. 11, the lower house of the French Parliament took a long stride in the opposite direction Tuesday, overwhelmingly approving a bill that could give the authorities their most intrusive domestic spying abilities ever, with almost no judicial oversight.”

American stock markets recently made new all-time highs, but France has experienced fifteen years of bear market. The CAC 40 is down 25% since its August 2000 all-time high. Tuesday’s vote came after the CAC fell 5% since April 27.