[Mood Riffs] Has GOT Gotten Too Dark? 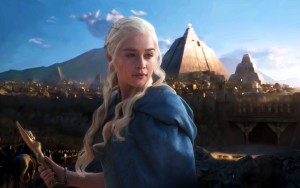 Season 5 of “the most talked about show on television,” HBO’s, Game of Thrones, is well under way. A May 17 Time.com article said the latest episode “pushed into even darker territory with what fans have dubbed ‘the Black Wedding.'” Many took to Twitter and other social networks to say the episode was “stomach-turningly grim,” “emotionally harrowing” and “the creepiest ending to a Game of Thrones episode ever.”

Since 2011, Game of Thrones has fed society’s appetite for the macabre. Learn why.