Q&A: John Donnellan on the Legacy of John Moody 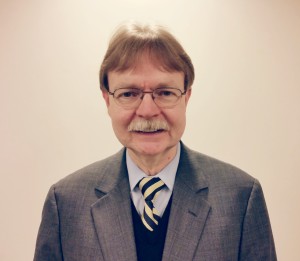 Dr. John Donnellan has spent his career combining top-notch research with practical business know-how to generate a perspective on global markets that firms on Wall Street continue to seek today. The New Jersey City University professor is one of ten expert speakers who addressed the 2015 Social Mood Conference.

Before the conference, Dr. Donnellan spoke with us about his recent research on the legacy of bond ratings pioneer John Moody and the similarities he sees between the actions of rating agencies during the Great Recession and Great Depression.

Socionomics Foundation: In addition to your academic work, you’ve also had a long financial career. Could you talk a bit about how you connect the two?

John Donnellan: I’ve been on Wall Street for many years, working with Prudential Financial as well as JP Morgan. I saw firsthand the panic mode that the economy went into during the 2007-2008 meltdown. When I was doing my research, I wanted to look at what actually happened in those days and then look back even further to the Great Depression. I was able to see a connection between the events of 2007-2008 and the events that occurred in the Great Depression, and I also saw a similarity in the country’s mood in both of those times.

SF: You looked specifically at bond ratings, going all the way back to the founder of the field, John Moody. What did you find when you studied Moody’s bond ratings in the years surrounding the Great Depression?

John Donnellan: I looked at Moody’s ratings of railroad bonds because the railroads were the “big ticket” items of the day. To your point, John Moody was the person who actually created the analytics behind bond ratings and stock ratings. What I noticed was that he tended to follow the economy. When it was going positively, his ratings would continue to be positive. But when it was going negatively, his ratings would be much stronger in the negative. And a lot of it was due to his personal judgment, in addition, of course, to the analytics that he performed.

SF: What similarities did you see between Moody’s bond ratings during the Great Depression and the performance of the rating services before and during the more recent financial crisis?

John Donnellan: My co-author Berry K. Wilson and I found this point to be very interesting. We wrote in our paper, “Moody’s expert judgment lagged the market while he tended to upgrade bonds relative to their statistical rating from 1925 through 1930 and downgrade bonds relative to their statistical ratings from 1931-1935. This result appears to parallel the high ratings that US ratings firms gave subprime debt leading up to the 2008 subprime crisis, and then the rapid downgrades that followed the crisis.”

SF: You mentioned earlier that you compared the social mood during the Great Depression to the mood during 2007-2008. What did you find?

John Donnellan: One of the ways I looked at social mood was through pictures. I looked at photographs of folks during the Great Depression and compared them to photographs of people during the recent financial meltdown. If I looked at the unemployment lines, for example, their dress during the Great Depression was different from today, of course, but their look was the same. People in both time periods showed a look of fear and anxiety. These people were living through a shock to their system. They were shocked, and they looked it.

SF: Can you tell us about the research that you’re working on now?

John Donnellan: The two papers that I’ve published most recently, including the one I’m presenting at the Social Mood Conference, deal primarily with the Great Depression. So next I wanted to look more closely at the 2007-2010 banking crisis. I’m presenting a paper at a forum in a few weeks that uses an agency theory standpoint to look at the actions of management at the banks just before and during the crisis to see how and why they allowed these things to happen. I’m excited about that, and I hope it will be as well received as the paper I’m presenting in Atlanta on April 11.

John Donnellan: Thank you! I want to listen to Robert Prechter. I read his articles all the time, and they’re fantastic. I’m also excited about seeing Alan Hall. I’ve known Alan for many years. He looks at things through such a great perspective. I’m so excited about going to the conference and meeting all the folks there.

SF: John, we look forward to meeting you, too. It’s been a pleasure to chat with you.