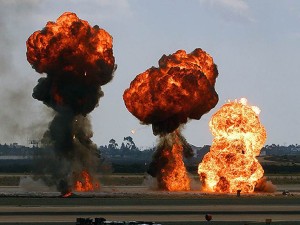 Cable network ratings in the US dropped 9 percent in 2014, three times the decline in 2013 and more than four times the 2012 decline. A March 10 article in International Business Times says media companies are reacting to the bad ratings by “shooting the messenger.” This means that as viewership numbers go down, criticism of Nielsen ratings increases. In January, financial news network CNBC completely withdrew itself from Nielsen ratings.  It argued that Nielsen does not take into account “out of home” audiences, such as people watching in places such as hotels and airports.

How might cable news networks benefit from learning how social mood influences their ratings? Find out more in this article.

If you look closely, you can see patterns in social mood that help you predict social behaviors. To learn more about our flagship publication, The Socionomist, Click here >>

Socionomist subscribers: Log in for your complete, exclusive archive.