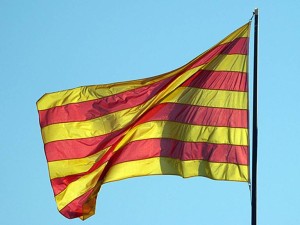 In November, Catalonia held an unofficial, nonbinding vote on a proposal to secede from Spain. Eighty percent of voters favored the proposal. Now, Catalonia’s president wants to hold a snap election on independence as part of a September general election, according to a March 2 CNBC article. Spain opposes independence for Catalonia, which accounts for 20% percent of the Spanish economy. Catalonia’s president, Artur Mas, says Spain should be “perfectly able” to survive with the remaining 80%.

Spain’s IBEX 35 Index is down 30% compared to its 2007 high. Secessionist sentiment is driven by negative social mood, as explained in this article.