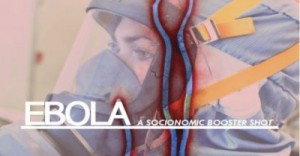 Time Magazine choose to honor “The Ebola Fighters,” the doctors and nurses on the front line against the epidemic, as the 2014 Person of the Year. The outbreak began in March and quickly spread throughout Western Africa, eventually reaching Spain and the United States. It quickly became the largest Ebola outbreak ever documented.

In August we published this important report: “Ebola: A Socionomic Booster Shot.” Click here to read an excerpt.