[Mood Riffs] Italian Mayor: You Ride Your Bus and I’ll Ride Mine 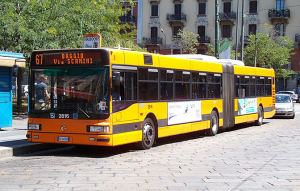 A mayor in northern Italy says he wants separate buses for Roma people. Claudio Gambino, mayor of Borgaro Torinese, says the Roma have been “afflicting” Italians in the area for more than 20 years. In a poll conducted by La Stampa, an Italian daily newspaper, more than 80% of respondents supported Gambino’s separate bus line. An October 27 Al Jazeera article says the proposal also has the support of Italy’s anti-immigration Northern League political party. Italy’s FTSE MIB Index is down 57% compared to 2007.