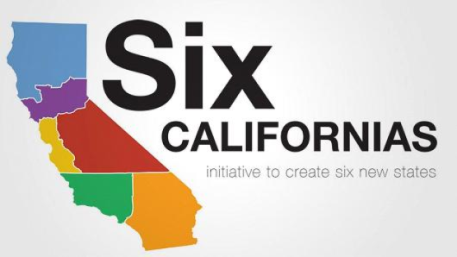 A venture capitalist in California has filed a measure for this November’s election that would break California up into not two but SIX states: North California, Silicon Valley, Central California, West California, South California and…. Jefferson. The measure doesn’t have broad support in the state – less than a quarter of those surveyed supported the idea – but just the fact that people are seriously talking about it is a fascinating development.

For more on states and nations breaking up, click here.