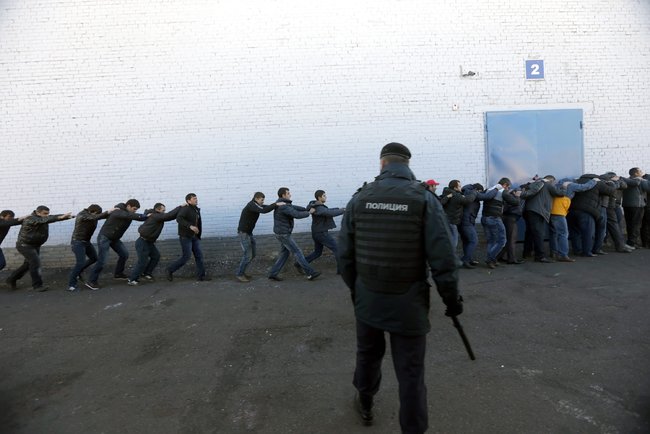 In mid-October, Russian nationalists rioted as revenge for the murder of a Russian man at the alleged hands of a migrant worker. While Moscow’s notoriously xenophobic mayor condemned the riot, he quickly ordered raids on warehouses known for employing migrant workers, rounding up and arresting thousands. A month later on November 4th, thousands across Russia rallied for an anti-immigrant agenda; a show of force from far-right political parties. The next day, President Putin proposed that the government use smart cameras to identify and keep track of immigrants. These tactics are drawing concerns, especially leading up to the Sochi 2014 Olympic games.

Exclusionism and authoritarian control are visceral symptoms of a negative social mood. To learn why governments increase these efforts to monitor and control, click here >>