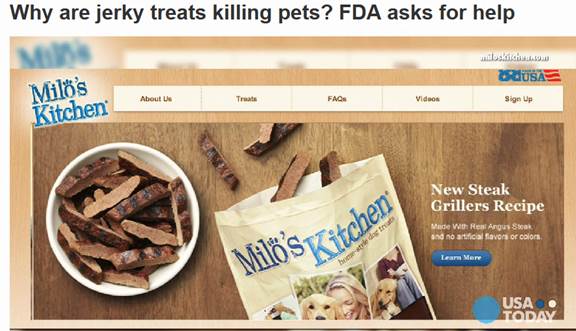 As Halloween approaches, the FDA is asking: “Why have jerky treats coming mostly from China sickened more than 3,600 [American] dogs and cats and killed at least 580 of them since 2007?” USA Today noted on October 23: “Poor food safety remains a major problem in China despite numerous recently publicized crackdowns on factories.”

But the US has its own problems. On October 18, The New York Times reported that 338 people in 20 states have been infected by seven dangerous antibiotic-resistant strains of salmonella bacteria. “Months after salmonella-contaminated chicken distributed by a California company sickened people, the dangerous food is still being sold around the country.” Where to turn with such a serious problem? The Times opines that Congress should “hold hearings to determine if the Agriculture Department and its food safety service need more power to protect the public… .”