Greece has become a case study of deep bear-market manifestations. Below is a picture of one of Greece’s heavy metal bands, whose former bass player is a member of the neo-Nazi Golden Dawn party and was recently elected to the Greek parliament. 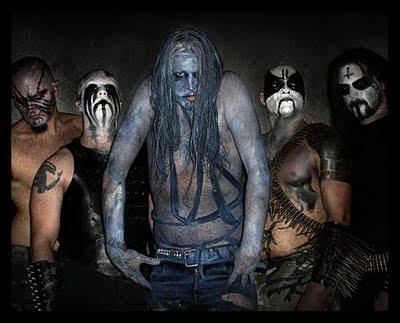 Greek authorities are becoming more concerned about the rising popularity of the Golden Dawn political party. The neo-Nazi group is riding a huge negative mood wave, reflected by an 88% decline in the nation’s large-cap stock index since October 2007. With elections coming next year, Greek authorities are looking at the possibility of outlawing parties such as Golden Dawn. But with mood trending negatively in Greece, the strategy might backfire. Recently, authorities prevented Golden Dawn from handing out food in Athens. As a result, advisors to Greece’s prime minister fear the party may have actually gained popularity as a result. More about Golden Dawn is available in our February 2013 report.

What’s behind this Riff? Read a related article >>