[Mood Riffs] Up, Up and—What Happened?

New York Mayor Michael Bloomberg announced plans for the world’s tallest Ferris wheel on Staten Island, although, understandably, there has been little mention of it since the big storm. South Korean developers are raising money for an 80-kilometer, $264 billion mega-city with everything from hotels to a Formula One racetrack. San Francisco developers say they’re going to build a 1,070-foot skyscraper, the largest on the West Coast. Earthquakes—what earthquakes? What’s more, they may actually proceed without commitments from tenants! How’s that for optimism?

But the positive mood that lifts markets and launches huge construction projects is sometimes gone before the projects are finished. The July and October issues of The Elliott Wave Theorist noted extreme optimism in several long-term sentiment indicators. If that optimism continues, these projects may fulfill the builders’ expectations. If it doesn’t, they’ll join a long list of poorly timed speculations. Click here to read more. 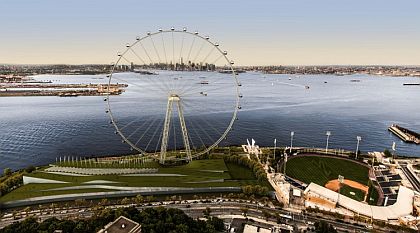