PSY’s globally hailed music video, “Gangnam Style,” is the most liked and third most viewed YouTube video ever—and it’s only four months old. If you understand Korean, its catchy, funny, clever and incisive lyrics mock high society in Seoul’s trendy Gangnam district. PSY’s style reminds us of another bull market pop artist known for his parody and wit, Weird Al Yankovic, who thrived in the positive social mood of the 1980s-1990s.

Timing is everything for songwriters, as The Socionomist pointed out in October 2009 in “Melody and Mood” (click here to read more). It helps to be clever and funny, but peppy pop songs released in the wrong mood are doomed from the start. Weird Al started with parodies late in the 1966-1982 bear market and enjoyed increasing popularity as the huge 1982-2000 bull market unfolded—near-perfect timing, as it turned out. Time will tell whether PSY’s Gangnam Style is equally fortunate. 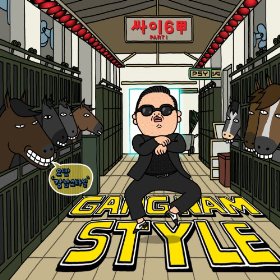