So said “Gold Hat,” the Mexican bandit leader in the 1948 film, “The Treasure of the Sierra Madre.” Some stoners remember Cheech and Chong using the famous line in “Up in Smoke”—although we can’t confirm it via the Stinking Badges homepage, the self-described “primary Internet resource for references to ‘Stinking Badges.’” Pink Floyd definitely riffed on it in 1979 with “We don’t need no education.” But times change—education needs some badges now, according to the November 2 New York Times, and they aren’t so stinky anymore.

They are “a new type of credential being developed by some of the most prominent businesses and learning organizations in the world… . digital badges are actually portals that lead to large amounts of information about what their bearers know and can do. … [they pose] the first serious competition to traditional degrees since college-going became the norm.” As our March 2012 issue said, online education produces a “dataset [that] can be far more useful to employers than just grade point average and a diploma from an elite school.” Our February 2011 education forecast, “Traditional educational institutions may eventually lose control of the manufacture and distribution of education,” is increasingly proving correct. Click here to read more. 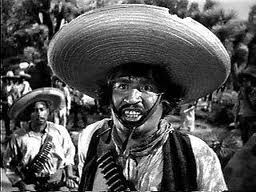 For years, higher education was in an inflationary trend. But the industry faces much greater challe ...more