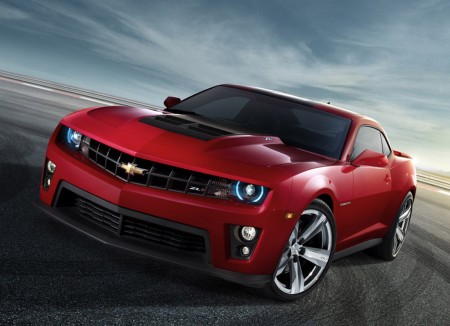 [Ed: The Socionomist has long noted that social mood influences the types and styles of cars that manufacturers produce: Big, powerful, angular cars abound during positive social mood phases; small, fuel-efficient, round cards thrive during negative mood periods. In this article, socionomist Euan Wilson tracks the progress of the famous bull-market “muscle car” across the social mood trends of the past several years. Here is an excerpt of his April 2011 article.]

The connection between social mood and cars is fascinating. In 1985, Robert Prechter’s “Popular Culture and the Stock Market” noted social mood’s effect on speed limits and automobile styling. In 2006, Mark Galasiewski’s “Social Mood and Automobile Styling” revealed that throughout the history of the auto industry, waves of social mood have held sway over body styles and colors. …

This sociometer lags…. Designing, engineering and producing a new car takes a year or more. That is why many of the 2008 cars were still giddy on the prior rally’s endorphins, and it was 2009 before we began to see the effects of the new negative mood phase on car styling.

Now we stand at the two-year anniversary of the March 2009 low. American auto companies, via one mechanism or another, have survived, despite projections to the contrary. In the interim, the markets have marched in a relentless, upward bear-market rally. And what kind of an effect has the underlying positive mood had on cars?

The Muscle Car
Galasiewski’s “A Socionomic Take on High-Performance Men, Women and Cars” shows that automobile manufacturers tend to increase power and speed capacities of production cars throughout bull markets–and reduce them throughout bear markets. So, it was no surprise that shortly after the March 2009 low, GreenMuze.com published an article by Trevor Williams, a University of Victoria Ph.D. candidate in engineering, titled, “The Muscle Car is Dead.”1 His fundamental reasoning: Chrysler was bankrupt, gasoline was coming off all-time highs the year before, and the public had begun to ridicule vehicles with massive engines.

A socionomist recognizes that even journalistic assertions themselves are mood-based. Society was nearing or coming off a significant low in mood. …

In the remainder of this two-page article, learn what happened to the muscle car in the social mood rally following the 2009 low. Discover what Wilson claims is the future fate of the muscle car, and what engine powers, fuel efficiencies, and styles you can expect to see in the coming years.