[Article] This Christmas, Socionomics is All Around You

Socionomics is not always about data and charts. If you pay attention, you can feel it. Consider four recent films, which break disturbing new ground in the genre of dark Christmas movies.

Don’t expect to see sugarplum fairies in “Nutcracker in 3D,” the latest retelling of Tchaikovsky’s classic Christmas story. One reviewer writes, “Hide your children from this nightmare”:

A movie for children in which robot dogs prowl alleys and razor-fanged vermin threaten little ones with torture? And which turns into a hardly subtle parable of Nazism, with storm troopers, promises of a “thousand-year” rule and dolls burned in ovens until the skies turn black?1 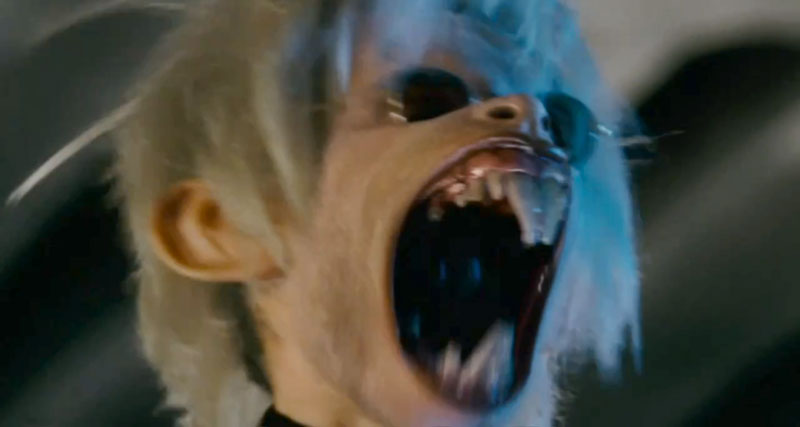 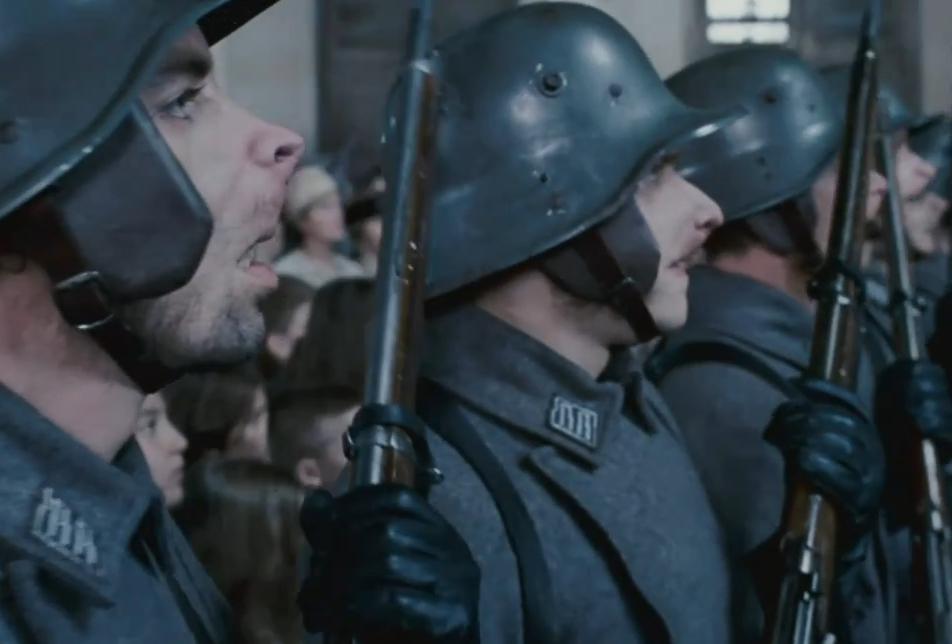 The Rat King and his Army in “Nutcracker 3D”

Another movie, “Rare Exports: A Christmas Tale,” portrays St. Nick as “a savage troll … . as black as anything the Brothers Grimm could have dreamed up … . a sinister old codger who chews off ears and whose demon minion kidnaps innocent children,” says The New York Times. Soon after this satanic Santa is unearthed in Northern Finland, “children from a nearby village begin to disappear, and a group of reindeer hunters finds its annual crop slaughtered in the snow.”2 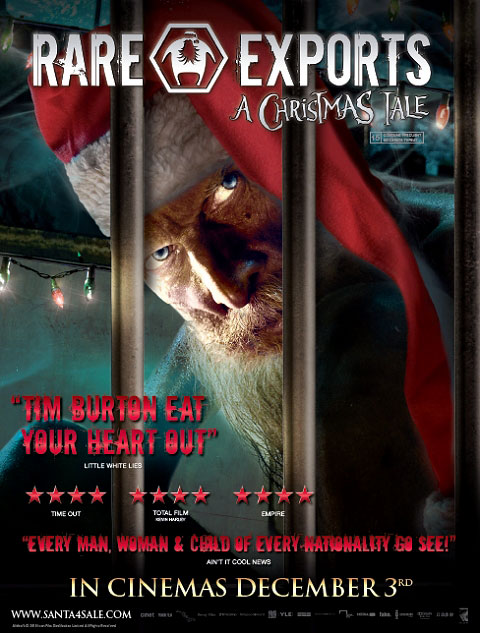 And if demons in the chimney, eviscerated Rudolphs and chewed off ears aren’t evidence enough of negative mood, in December, a UK theatre company revived and brought to New York City Hans Christian Andersen’s gruesome 1848 morality tale, “The Red Shoes,” in which a vain young girl—condemned to dance non-stop for all eternity—desperately asks an executioner to chop off her feet. The story inspired a 1948 movie in which the dancer jumps in front of a train, and a December 1993 Broadway musical that also ended in suicide. The New York Times reviewed the play:

No little girl … will leave with sweet dreams of becoming a ballet dancer. [The play] is more likely to inspire nightmares involving severed body parts, public humiliation and concentration camps. You’ll find it hard … to shake off many of the images conjured here from a darkness that feels like a swampy collective unconscious.3 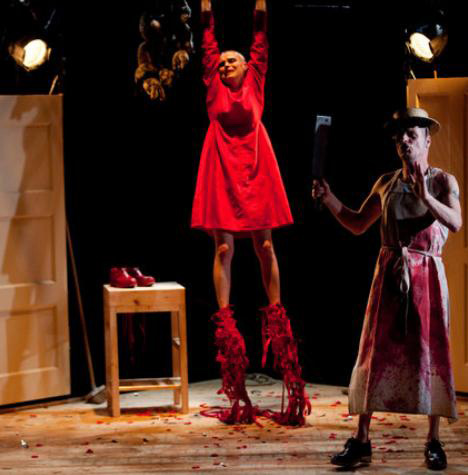 The theme continues in “Black Swan,” an angst-laden quasi-horror flick about “ballet’s dark side.” The story comes complete with nervous breakdown, psychosis, “ballet-themed stigmata,” a Tchaikovsky soundtrack “like a malevolent dance partner … . a hypnotic dirge,” and camerawork that “finds infinite levels of dark menace.” The Seattle Times says the director is “not at all interested in celebrating the art [of ballet]. Instead, he finds grotesqueries in it.”4

The wildly popular Harry Potter books and movies have also reflected the darkening trend of social mood over the past decade. The first two movies were the lightest; each subsequent release has trended darker, with mounting danger and murder. The latest film, “Deathly Hallows,” uses bear-market themes reminiscent of xenophobia and ethnic cleansing:

The wizarding world quickly plunges into darkness as Voldemort’s new regime takes action against muggle-born wizards (muggles are non-magical people), who they deem to be less valuable. It begins to resemble the Crusades, complete with an inquisition and accusations of heresy.5

You don’t need a chart to understand the socionomic significance of Christmas movies that feature a demonic Santa, Nazi oppression of children, ballet horror and ethnic cleansing. These cinematic and theatrical expressions might be less credible as gauges of mood were they not echoed in real world manifestations of anger. Germany was stunned in October by “disproportionate” police action against citizens, pensioners and schoolchildren protesting a new railway station project in Stuttgart. 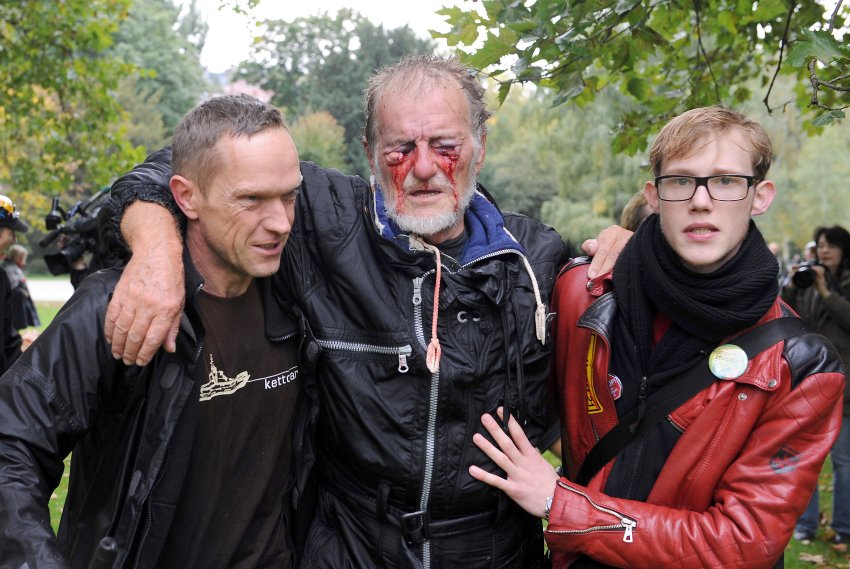 “The First Arms Race in Which the Opponent is the General Population”: A Stuttgart man bleeding from the eyes after being hit by water cannon.

… was ‘confusing Germany with Putin’s Russia.’ It was disproportionate that ‘pepper gas was sprayed in the eyes of grandmothers and children at close range’ he said. We are in Germany. Such methods do not exist here.6

Obviously, such methods now exist in Germany—and elsewhere, as we described in the May 2010 issue of The Socionomist:

The author says this arsenal is the result of what “appears to be the first arms race in which the opponent is the general population.” As social mood continues its decline, more of that same general population will approve the use of such weapons. 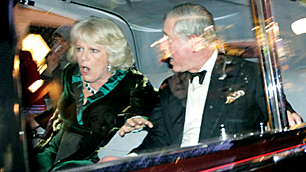 The recent student riots in France and London, the protest in Moscow and Sweden’s first terrorist attack in over three decades offer further anecdotal mood meters. The frightened faces of the future King and The Princess Consort of England as rioters attack their car shouting, “Off with their heads,” may endure as a fearful symbol of nascent social mood decline.

7Hall, A. (2010). Authoritarianism part ii: the source of authoritarian expression, and the road ahead. The Socionomist, (May), Retrieved from https://secureservercdn.net/184.168.47.225/3d8.988.myftpupload.com/PDF/Authoritarianism-Free-Update.pdf